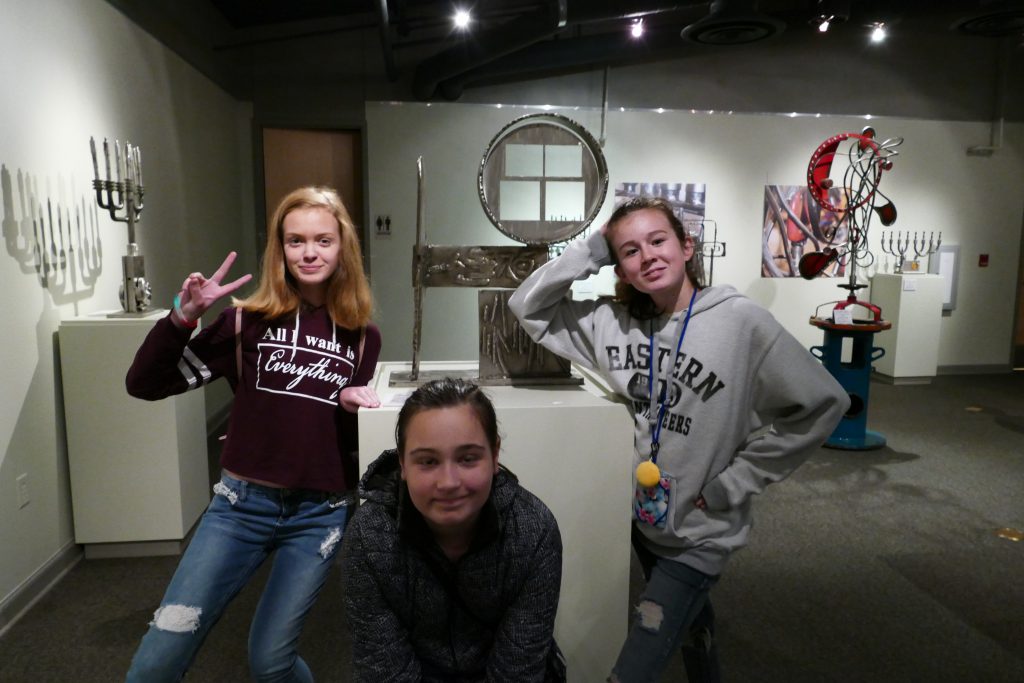 Forty-nine Crowder GEAR UP students recently traveled to Tulsa to tour The Sherwin Miller Museum of Jewish Art. Dennis Chambers and Pam Johnson greeted students; both have been docents at the museum for many years and were extremely knowledgeable of the Jewish culture and history. Students experienced the full tour of the Holocaust and Judea sections. The museum is ever growing with renovations in progress both inside and out. The Sherwin Miller Museum of Jewish Art in Tulsa was founded in 1966 as the Gershon & Rebecca Fenster Museum of Jewish Art, through the cooperative efforts of several local Jewish