Bokoshe ninth and tenth-grade Eastern Oklahoma State College GEAR UP students recently toured the Tulsa Air and Space Museum and Planetarium in Tulsa, Ok. During the guided tour, GEAR UP students learned about the history of the MD-80 aircraft, Grumman-14A Tomcat, and the jet engines. After the guided tour, the students visited the Planetarium, where they watched a 45-minute video learning about stars, planets, and black holes in space. After the Planetarium show, they had lunch at CiCi’s Pizza.

The field trip was sponsored by Eastern Oklahoma State College GEAR UP. Eastern received a $17 million federal GEAR UP grant in 2017 and will serve over 3,000 students in 39 area schools for seven years. 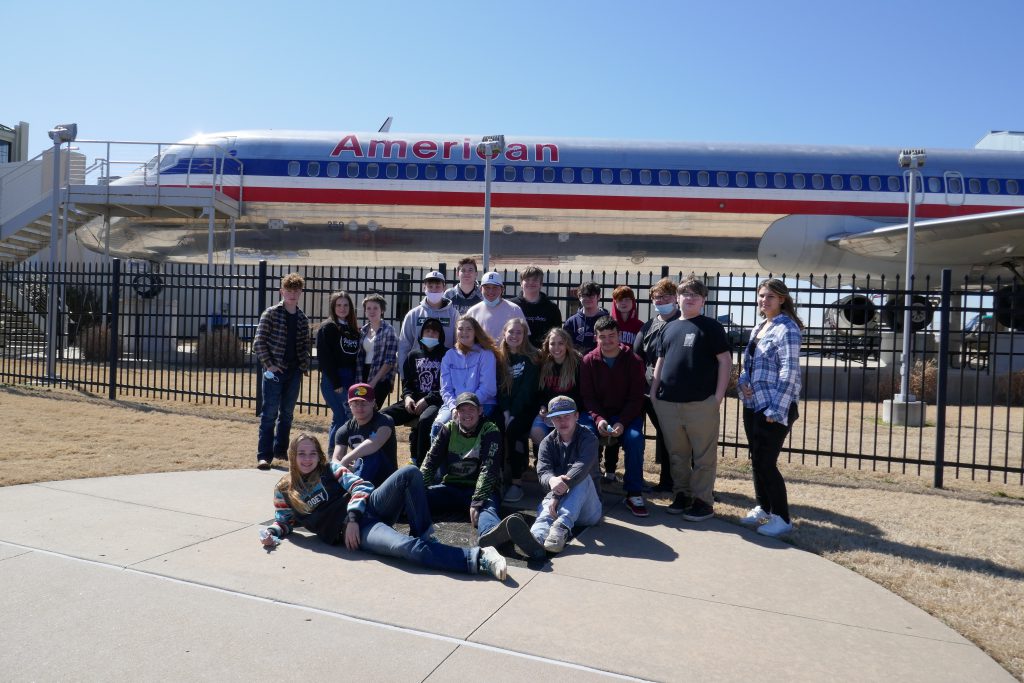